At Bright Dental Clinic, we are committed to ensuring the comfort and satisfaction in your dental treatment. We believe that dentistry is first and foremost a health service. We pride ourselves in ensuring excellent treatment that is holistic and aimed at your well-being. You can hold confidence that we not only use the best materials for your dental services, but also the latest state-of-the-art technology. Come into Bright Dental Clinic for a full examination, or just to chat. We speak English, Punjabi, Farsi, and Portuguese!

Along with our high quality care, we are dedicated to providing a soothing environment, with options such as satellite radio, cable television, cozy blankets, special back and neck pillows, and more. Bright Smile is an intimate clinic, which focuses on no more than 2 patients at a time. When you are in our office, you are our priority!

We are dedicated to maintaining a healthy environment inside and outside of our clinic. We use a paperless charting system and dispose of biological wastes in Earth-friendly methods. From digital radiographs, computerized forms on tablets, to a thorough recycling program, we minimize our wastes and utilize all materials to our best ability. 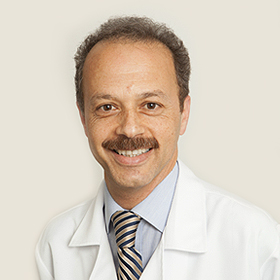 Dr. Jamal Majd is committed to providing holistic and well-rounded care to all his patients. Not only is he passionate about his career, but it takes it upon himself to continuously improve his knowledge and technique.

Initially graduating from the Doctor of Dental Surgery from Shahid Beheshti University in Iran in 1990, Dr. Majd always sought out ways to further educate himself. He qualified for his Post Doctorate training in Prosthodontics, as well as completed a dental implant course, the ITI system with Straumann at Geneva University/Switzerland in Dubai.

While owning and operating several successful clinics, Dr. Majd then started giving back and became an Instructor of Prosthodontics at the University of Yazd-Iran.

In summer  2009, he moved to Canada. Upon passing the Canadian Dental Association Board Exam, Dr. Majd also started instructing at the University of British Columbia. In his spare time, he enjoys spending time with his family – his wife and two daughters. He is a steady artist, and often can be found creating sculptures and art pieces. No wonder his favourite field in dentistry is cosmetic!